You are here: Home / Blog / Does Self Hypnosis Work?

Introduction to Self Hypnosis

If you are trying to stop unwanted habits, reduce stress, or conquer fears and phobias, self hypnosis is an excellent tool. When you hear the word hypnosis you might imagine a stage hypnotist who says, You are sleepy . . . very, very sleepy, but that is a stereotype. Modern-day hypnotists are trained professionals that can help you reach your goals.

This classic type of stage hypnotism is very entertaining; however it’s nothing like self-hypnosis which is becoming an increasingly popular method to help alleviate a variety of health concerns. Of course hypnosis can’t substitute for medical care, but it is a wonderful complementary approach to use in conjunction with other methods.

Here’s how I came to use hypnosis. Not long ago I had a fear of driving over bridges. At first it seemed to come from out of nowhere, but when I stopped to think about it, I remembered exactly how it started. I was driving to New York for the holidays, and I had these tires that needed to be replaced. During the trip it started to rain, and any time I went over a bridge it felt as if the car was drifting. To me it seemed as if the whole car was about to go over the side of the bridge.

By the time I arrived, my phobia was born. Even after I got the tires replaced and the feeling of drifting was gone, I still had this awful reaction on bridges. One day I went out for lunch with some co-workers and we went over a bridge on the way to the restaurant. Everyone noticed my reaction, and that was the last straw. I knew I had to do something to get over my phobia.

While my phobia never stopped me from driving over a bridge when I needed to, my reaction was no different than if I had to climb into a pit of poisonous vipers—pounding heart, sweating, extreme stress—you get the picture. As soon as I got to the other side, I would have to pull over and get myself together each time it happened. Who wants to go through that repeatedly?

I’m lucky that I live in a city with many great alternative health practitioners. Since I already make use of acupuncture, massage, and chiropractic, I just scheduled an appointment for hypnosis at the same wellness center.

The process of hypnosis involves placing an individual in a trance-like state that resembles sleep, but you are not sleeping at all. You’re in an altered state of consciousness. While in this state, you’re relaxed and open to suggestions.

This heightened relaxation is called an alpha state, after the type of brain waves produced under these circumstances. After you’re done, you come out of the alpha state by going up the imagined set of stairs that you descended originally or by slowly walking out of the visualized surroundings

After my hypnosis session, I had to drive over a bridge to get home. It was the first time in several years I didn’t need to hold the steering wheel in a death grip and talk myself through it. I was amazed and in awe of the power of the subconscious mind. Naturally, I began to think about other problems this tool could solve for me.

What Is Self Hypnosis?

Self hypnosis naturally taps the inherent connection between mind and body. Curiously, not everyone is capable of undergoing hypnosis. In talking to my hypnotist I found out that this ability is not dependent on the talent of the hypnotist. Whether a person eventually succumbs to the suggested altered state of mind ultimately depends on the person undergoing the process.

So of course you’re asking yourself, does self hypnosis work? The simple answer is yes! We all have problems we want to work on–phobias, anxiety, procrastination, etc. These problems are hard to resolve because they originate in the mind. Typically, we run into a problem, develop bad habits to cope, don’t think about why we’re doing what we’re doing, and before you know it we have a full blown entrenched state of being that’s making us miserable. Self hypnosis can help because it works on the problem at the root–your subconscious mind.

I learned to enter the alpha state quickly using the Silva Method. I no longer travel to see a hypnotist since I can do these exercises at home or anywhere for that matter. I have the lessons on my ipod so I play them in my car as well. Slowly but surely I’m removing the blocks and negative habits keeping me from an abundant life. My intuition and creativity are increasing, but most importantly I’m happier.

Use Your Unconscious Mind To Your Best Advantage 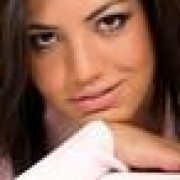